How Corona could accidentally save 4 million lives per year

Leisure and tourism is the largest industry in the world. Demand for holidays is constant and high. The European travel industry presently faces two significant challenges. In the short term we have corona. And in the long term we have the environment and the travel industries role in its degradation or preservation.

There is an opportunity to use one problem as a catalyst to solve the other and to turn a bad situation into a triple win, whereby corona could accidentally end up saving 4 million lives per year.

In 2018 European Travel Package legislation came into force. It was written for short term interruptions to small areas such a natural disaster or unrest. However it was not written for a situation that has shut travel for a year and counting due to corona. Or resulted in clients being stranded for weeks on end.

Travel agents and tour operators inside the EU and UK have been forced to absorb significant costs for travel cancellations for work and obligations undertaken on behalf of clients. Much of this work was done many months or years prior to corona even appearing.

Instead of delaying travel plans with their travel agent, many clients have cancelled travel plans altogether. Under EU law travel agents have to refund the clients any and all monies received, including for non-refundable plane tickets or partly used travel packages.

Accordingly, many travel agents and tour operators have paid out significant portions of their reserves. It is estimated that 1 in 2 travel agents or tour operators won't survive corona. Whilst business failure is always a risk, this is a very unnatural proportion of failures in a 18 month period.

In some cases independent travel advisors are already being forced to sell their houses to pay for refunds. Recently a major retail chain collapsed in the Netherlands, resulting in 1150 people losing their jobs. And consumers are worrying about the viability of all travel companies, even the still healthy ones.

Unknown to many is, that as a part of the EU travel Package legislation, all travel guarantee schemes are underwritten by national governments. Thus should there be a system wide failure due to a crisis of confidence, then national governments foot the bill.

20-50% of people’s earth share is used during their vacations. Large resorts employ relatively few people per staying guest, and food waste is high. Their buildings used lots of CO2 in their construction and the intensity isn’t great for natural environments. Flying accounts for 2.5% of global CO2 emissions. This makes travel and tourism a key polluter.

But tourism also protects natural environments and small scale tourism is responsible for employing millions and millions of people world wide. 93% of businesses in tourism are micro or small. Many are run by women. And small local businesses are highly diverse. National parks and wildlife reserves help protect the natural environment. But the biggest protector is that many travellers like to see nature in a clean natural state, and thus locals become incentivised to keep things natural and pollution free. So instead of cutting trees, mining or heavy industry, locals run nature tourism operations.

And clients want to do the right thing. Over and over and over again, I see the evidence in action and not just words. We have chosen for small-scale tourism. 95% of our suppliers are small or micro. And the travellers have chosen for us. We are now quite likely the largest mid to high-end specialist for Australia and New Zealand in Europe. And when we started offering CO2 offsetting we said to clients we will pay if they don’t want to. Thus far only 2 people have ever asked us to pay. And the cost for flights to New Zealand, 2 domestic flights, 5500km’s car driving, and 20% extra for good measure? 15 euro per person.

The corona crisis provides the catalyst to tackle the environmental crisis.

1. In exchange for receiving support for the industry damages from corona, the industry agrees to include carbon offsetting for all package holidays with immediate effect, essentially becoming carbon neutral instantly.

2. A holiday in Europe is around 3 euro p.p. To America or Asia around 7 euro. Hardly large amounts. Add an extra euro or two for a bit of overcompensation and the industry could become CO2 negative overnight.

Trees take years to grow, are expensive to plant and need to be planted in the right season and watered. Carbon capture is in its infancy and technologically complex. But there is an instant solution. One that is almost as old as human life. One that is astounding in its simplicity. One that is not only great for reducing CO2, but one that reduces deforestation in ways that reforestation can’t compete with. And its great for people - an actual cost saver for 3 billion people every day. People who need every cent they have. Where they can use money saved for better things than literally sending it off in smoke. And a health outcome enhancer due to a massive reduction in airborne pollutants. Pollutants that kill 4 million people every year from lung illness.

The solution: Clean cook stoves for the 3 billion people per day who cook on open fires.

Yes 3 billion people per day get their food cooked on open fires. This produces double the CO2 output than flying, or 5% of global CO2 emissions. And clean cook stoves is the cheapest way to offset on the planet. And yes the pollutants kill 4 million people per year, every year.

Solving the whole problem at once is circa 60 billion euro. If EU governments solved this immediately, global CO2 emissions would fall by 5%, and governments could levy this back through a flight tax charge for inward, outbound and internal EU flights.

Almost too perfect a circle as to be, well perfect. Imagine this: accidentally, corona saves 4 million lives per year.

Who has the will and the smarts to step on board? 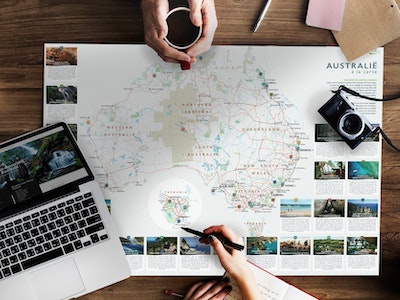 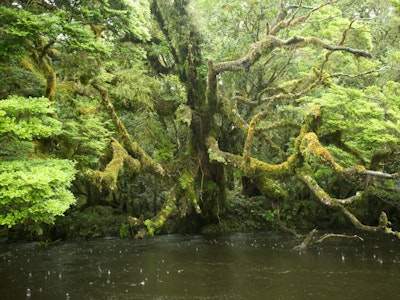 Send an email using your own email client or copy the link from your browsers address bar and keep it somewhere save.